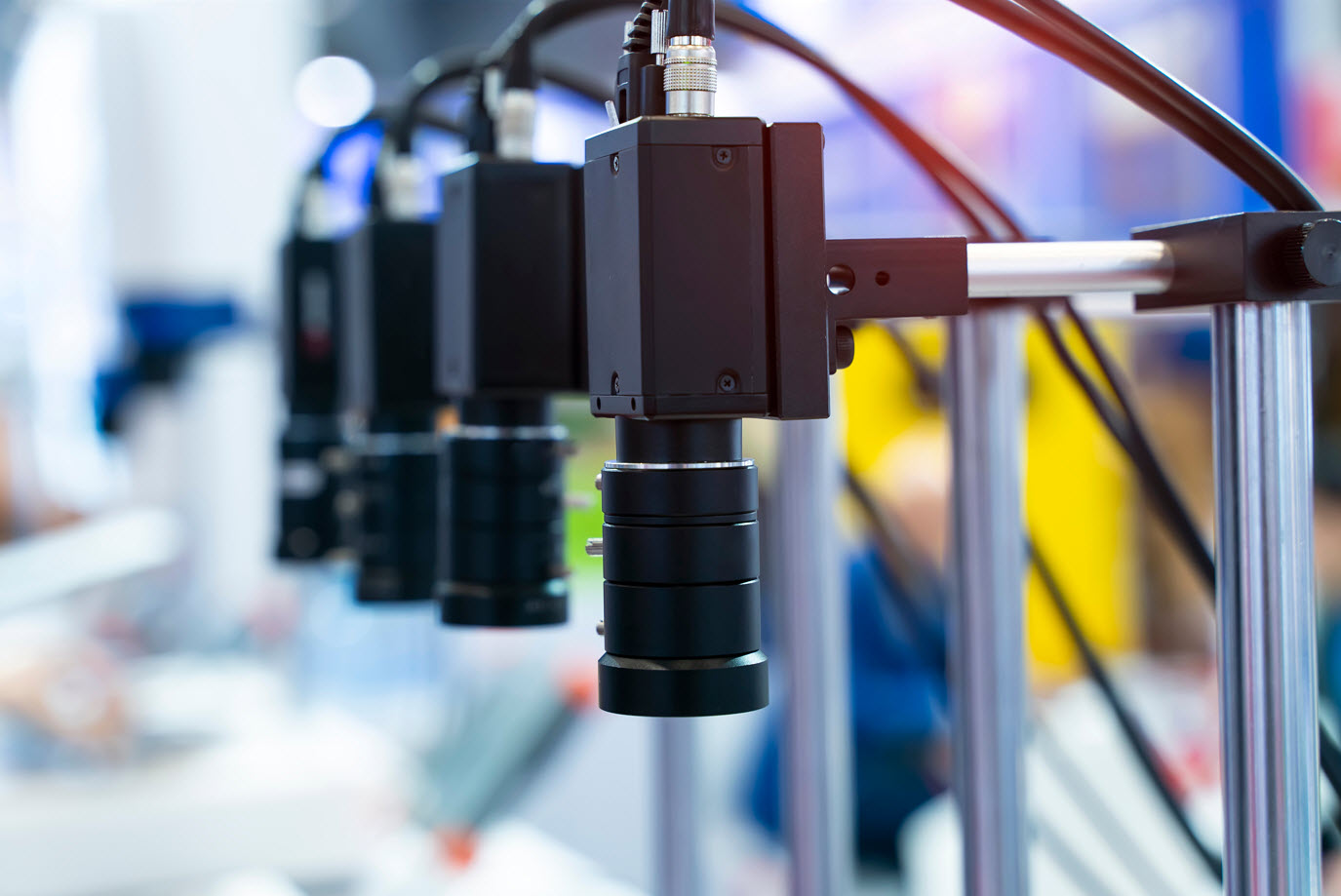 When extracting information from images, it is of paramount importance to optimize the signal of interest in the images you capture. This can be achieved by selecting the optimal imaging technology for the task at hand. Besides expertise in data processing, APIXA excels in building, optimizing and advising on the best optical setup for your application.

There are a vast amount of different imaging technologies, and these can be divided into categories in several ways. Since light is at the core of any imaging technology, we have chosen to give a short overview of a number of imaging techniques based on the property of light they exploit.

The most obvious property of light is wavelength. The visible spectrum is the bandwidth which can be seen by a human observer. Here we find applications which typically automate what people often can do themselves but with increased detection robustness, consistency, speed and accuracy.

For shorter wavelengths beyond the visible spectrum we encounter UV light which e.g. can be used to detect certain organic or other materials that have a fluorescent or luminescent property, such as whitening agents used in office paper which can be detected during recycling, for example. Glass becomes opaque in UV light allowing its surface to be inspected more easily. X-rays are at even shorter wavelengths and can penetrate many materials. By being absorbed or scattered differently by different materials, the acquired images visualize the density distribution on the inside of an object, to look for insect-infested food or forbidden waste products packed inside bales of plastic waste, for example.

For wavelengths longer than those in the visible spectrum, we encounter infrared wavelengths, which allow for seeing through plastic containers and inspecting their content or looking under the skin of fruit, for example. As we further move towards even longer wavelengths we enter the thermal spectrum, which is useful to detecte objects even in the absence of active illumination since all bodies emit their own thermal radiation, covering applications such as intrusion detection and fever detection, for example.

Another interesting property of light is its polarization. By looking at how the state of polarization changes as the light travels though certain materials,  defects or stress in materials, including glass and plastics, can be detected. Polarization is also used to reduce possibly disturbing effects of specular reflections in recorded images.

With the use of a technology called interferometry, the height of small objects can be reconstructed at incredibly small scale, e.g. nanometers. Another example of a technology built on the coherence properties is digital holography, in which in some embodiments tiny objects e.g. blood cells are illuminated by a coherent laser light which diffracts on these objects, forming interference patterns on a sensor behind them. These images can then be processed to digitally reconstruct the objects of interest.

Also time plays an interesting role in several image-based ranging technologies. By oscillating the intensity of light one emits, and checking the phase-shift of the light which returns from the scene, one can determine the distance to the different objects in the scene. Also other technologies rely on the actual time-of-flight of an emitted light pulse in order to measure distance or reconstruct entire scenes in 3D as done by lidars.

Finally, we mention the geometry, the position and orientation of light source, object and camera, which can be optimized in a setup for different purposes. In a darkfield setup light can shear across the object surface making small protrusions, indentations and cracks clearly visible. In a coaxial setup light comes from the same vantage point as your camera, so that no shadows appear in your final image. In a dome setup light comes from all directions in a hemisphere such that the image formed becomes less dependent on the exact positioning of your object under the camera, giving more robust image formation for e.g. glossy objects.

In 3D triangulation often a sheet of laser light generated by a line laser intersects the object of interest and is then viewed by a camera from another angle, which then uses the deformation of the laser line in the image to determine the 3D shape of that intersection. For objects with challenging surface and bulk properties, such as diamonds, the outer object contours formed in the image as the object is rotated around an axis can be used to reconstruct the 3D convex hull of that object. In deflectometry one looks at a very regular pattern via the highly reflective surface of an object. Tiny deformations in the object surface lead to changes in reflection angle at the surface which become quickly apparent as deformations in the imaged pattern as seen by the camera, which enable to spot small geometrical defects on sheets of inox, for example.

The technologies described illustrate endless endless imaging possibilities and show in which fields APIXA has built its expertise over the years. Everything starts with realizing the best possible optical setup within customer constraints.

Want to learn more?
We are here to help and answer any question you might have.
We look forward to hearing from you!

Thank you! Your submission has been received!
Oops! Something went wrong while submitting the form.